Writing this last NZ travelogue post means that the trip is really really over, so I’ve been putting it off even though I’ve now been back from the trip for as long as we were gone. Goodbyes are hard.

Our last full day in New Zealand we took it easy: we slept in and were so slow in getting up that we missed the dim sum reservation that Gloria made for us at Grand Park Chinese Seafood Restaurant and had to wait in line with all the other walk-ins. No matter – the live seafood tanks and people watching provided lots of entertainment while we waited.

Gloria did the ordering and we didn’t have anything to eat that we didn’t like. On the other hand, there were a few things I didn’t try, like the chicken feet that Gloria’s daughter Elizabeth went to town on – they are her favorite. I did try durian in a pastry, my first durian experience. Apparently baking it helps diminish the smell some, but believe me, it didn’t smell any where near as enticing as it tasted. We also had the Chinese version of mochi ice cream, which is essentially the same as the Japanese version, although the dough wrapper was a bit thinner and more elastic than the Japanese version. Tasty!

Fortified, we went to Sylvia Park, New Zealand’s largest mall/shopping centre, on the hunt for souvenirs and things unique to the country – at that point, we had visited a total of 3 gift shops (Waiotapu Thermal Park, Hobbiton, Waitangi National Reserve) but some of us (not me) managed to not get the things we needed. So Sylvia Park is just like US malls – not that different. I saw this athletic shoe store and immediately snickered at the name, forgetting that they were once as big in the US as Foot Locker is now. 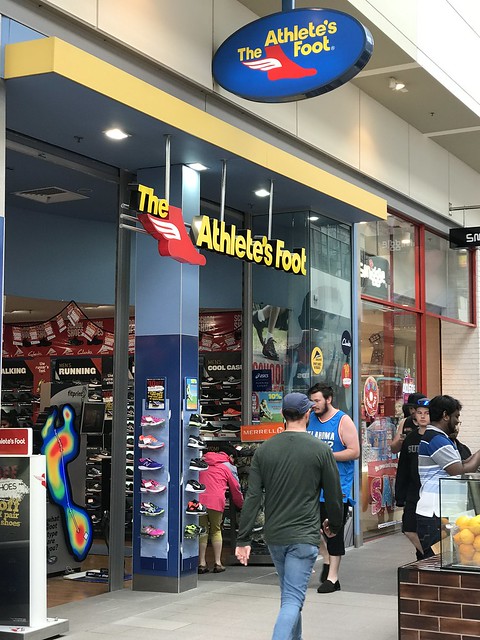 I also saw this notebook, which I probably should have gotten because I think it’s funny, though I need another notebook like I need a hole in the head. I may be able to find it online; I haven’t looked yet. 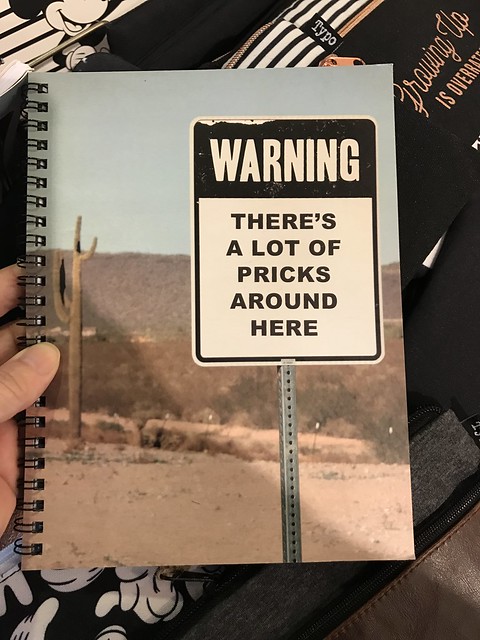 After visiting a New Zealand souvenir shop, we stopped at Pak N Save, the grocery store attached to the mall. We bought a lot of chocolate, most of it Whittaker’s, and a selection of exotic Kit Kats.

They also had UK Smarties (which are basically the same as M&Ms) and since I love all Smarties (I have a thing for the US version), I had to get 2 bags (not pictured).

After the mall, we went to a store (whose name I’ve forgotten) where I could buy yarn; it was kind of a combination of Michaels, Jo-Ann, Bed Bath and Beyond, and Party City. They had the usual craft store brands (Lion Brand, Red Heart, Patons, etc.) and a shelf of NZ yarn, mainly merino blends. I got a friend 3 skeins of a merino and possum blend (possum, not opossum).

We went home, Gloria made a quick and easy (so she said) fried rice dinner for us, we regrouped, and headed into downtown Auckland to watch the sunset, but really, we ended up eating dessert at Joy Ice Cream. I wasn’t feeling well, a combination of feeling exhausted from the whole trip and feeling tired from taking my evening medication a little too early, so I would have liked to have coffee, but their coffee machine was broken. Sad, I went outside to wait for everyone else to order their ice cream and discovered these two bifold street signs that reminded me of Edward Gorey and made me even more sad the coffee machine was broken.

If you too are intrigued by these mystical penguins, I suggest you check out the Joy Ice Cream site; their business concept and story are intriguing and the marketing is masterful and entertaining.

Stuffed even more, we waddled around the Viaduct area. I took a few pictures, most of which were not worthy of posting here. This one is neat though! 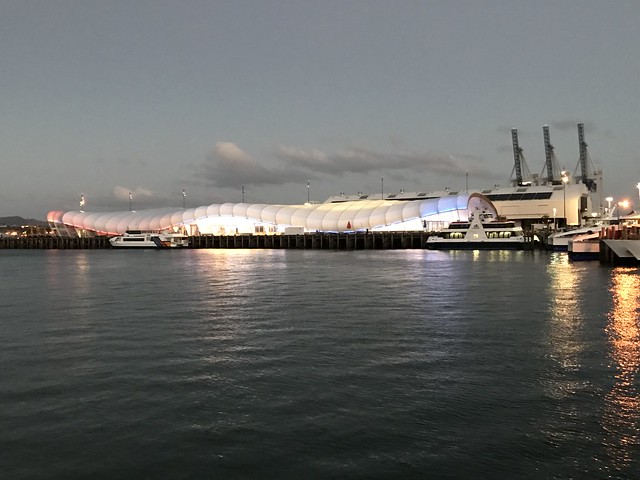 We found another New Zealand gift shop and spent at least 30 minutes perusing everything. I indulged in buying one of those U shaped pillows for sleeping on airplanes for the trip home, the boys got some souvenirs, and then we headed home for the night.

Our last morning in New Zealand was filled with packing, making sure we had everything, making sure the dirty clothes and clean clothes were separated, making sure our carry-on bags had everything needed. Right before we left, Henry (my youngest) and Ronald (our host Melanie’s youngest) exchanged Skype info. We said our final good byes, and squeezed into Gloria’s people mover (minivan) to head to the airport while Ronald and Elizabeth stayed with Elizabeth’s grandmother Susie (who was such a sweetheart – she was one of the highlights of the trip for me).

Gloria got us situated at the airport and we said our final good byes. While using my free 30 minutes of internet, I discovered that an old friend messaged me on Facebook: another old friend who I haven’t seen for 20+ years and her husband were also in the Auckland airport heading home to Leeds. I kept an eye out for her and lo and behold, we ran into each other! It was such a thrill to run into someone like that and also great to catch up with her and meet her husband. I’ve always admired her and taken courage from her, so it was a great full-circle thing for me. Our gates were close, but not together so we said good bye and promised to keep in touch on Facebook. The rest of the travel was pretty mundane, but I recorded the take off from Auckland airport (my favorite part of any plane ride) and some pictures of the sunset over the Pacific. 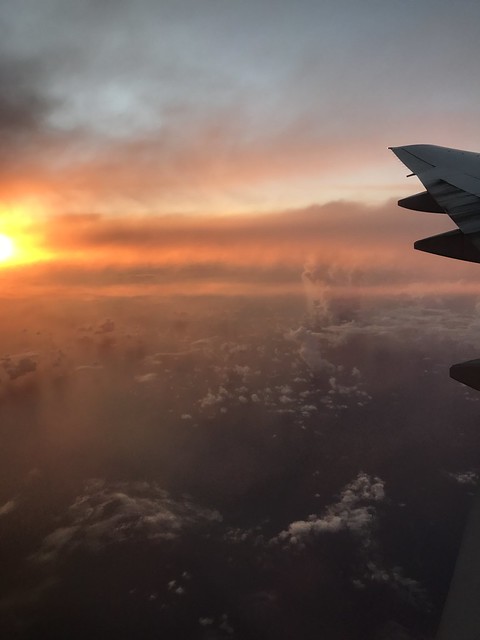 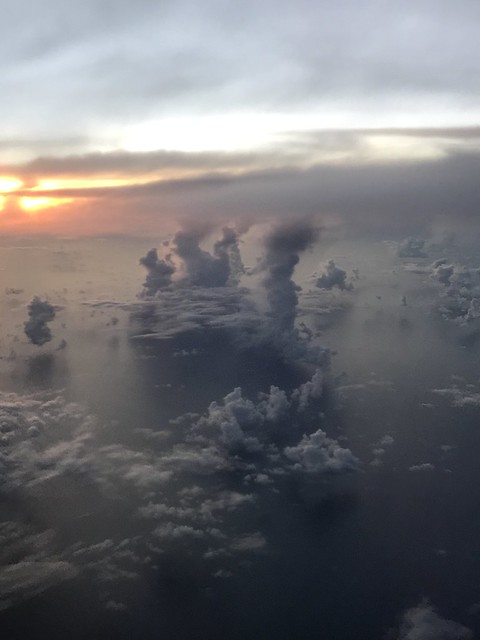 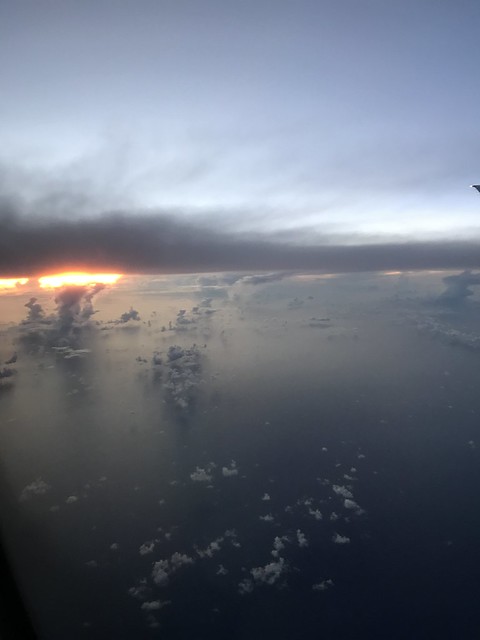