Once upon I time, I swore I would never, ever offer a knitting pattern for free anymore ever again.

In the aftermath in my travels on social media, I came across a page on Facebook called Hearts for Cville that was soliciting knit and crocheted hearts to hang all over Charlottesville for anyone to take in order to promote healing and unity after what happened. A Charlottesville yarn store, Laughing Sheep Yarns, is the force behind Hearts for Cville, making, accepting, and hanging hearts from all over the country. Because I also live in Virginia, I wanted to show the people of Charlottesville that we’re thinking of them all the way up here in NOVA also. 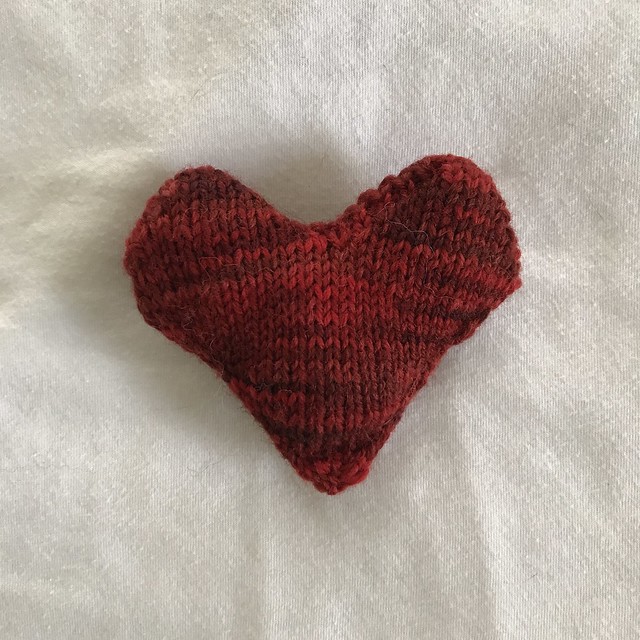 Hearts for CVille recommends some patterns to get started on heart making, and I diligently followed one for my first heart. But it involved seaming, something I avoid if possible, and it involved knitting the tops of the heart separately, making for 4 more ends to weave in for each heart, another knitting task I avoid when I can. The second heart I tried making in the round from the bottom up, which gives the knitter flexibility on size and gauge, but still separating the knitting to finish the tops of the hearts. But there had to be a better way, another way to get around weaving in all those ends: enter short rows at the top.

And that’s how my free pattern, This Is My Heart, came about. I can’t charge money for something that I created for a charity project, even though the pattern is infinitely flexible – you can use it to make any size heart on any size needles with any yarn. A warning though: it’s for advanced knitters; in it, I assume you know how to knit in the round, knit short rows, and graft stitches for a neat edge at the top of the heart. 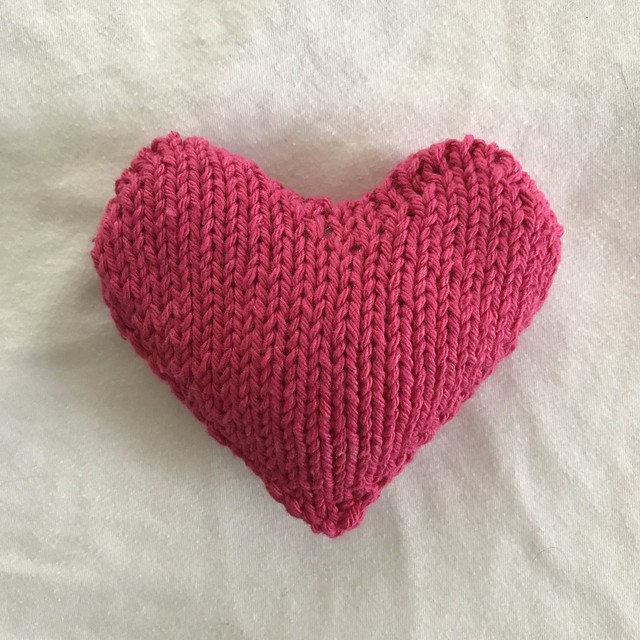 The pattern title is from the opening line in a Stars song. If you haven’t listened to them, they’re great – they’re a Canadian band that’s also a part of Broken Social Scene (a collective with members from a handful of Canadian bands, including Arcade Fire and Metric) and they’ve been around for 20 or so years. They have a new album coming out in October, but the song I took the title from is off of their 2003 album Heart – What the Snowman Learned About Love.

So: I am Mandy, and this is my heart. 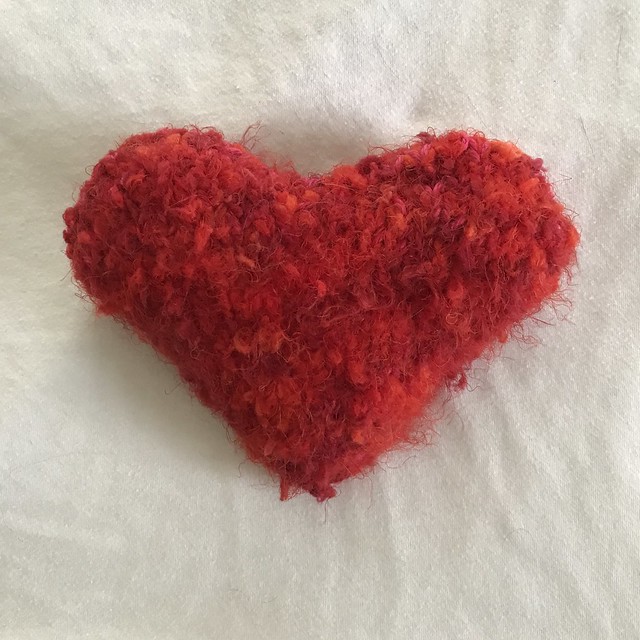 2 thoughts on “This Is My Heart”